One of roughly 20 vehicles I made while working at Blue Newt Software. All vehicles included multiple Levels of Detail, with textures largely coming from the vehicle simulator my coworkers were building. Users would sit inside a hollowed-out vehicle, with screens placed all around them. The user would operate a real vehicle, and the simulator would throw obstacles at them on the road, including various cars and cyclists.

The goal was for all cars to be modeled as new (dirt-free), so the glass, paint, chrome, and lighting all came from the engine itself. The sample images don't look super appealing up close because they don't look "real", but this was what the team was shooting for. 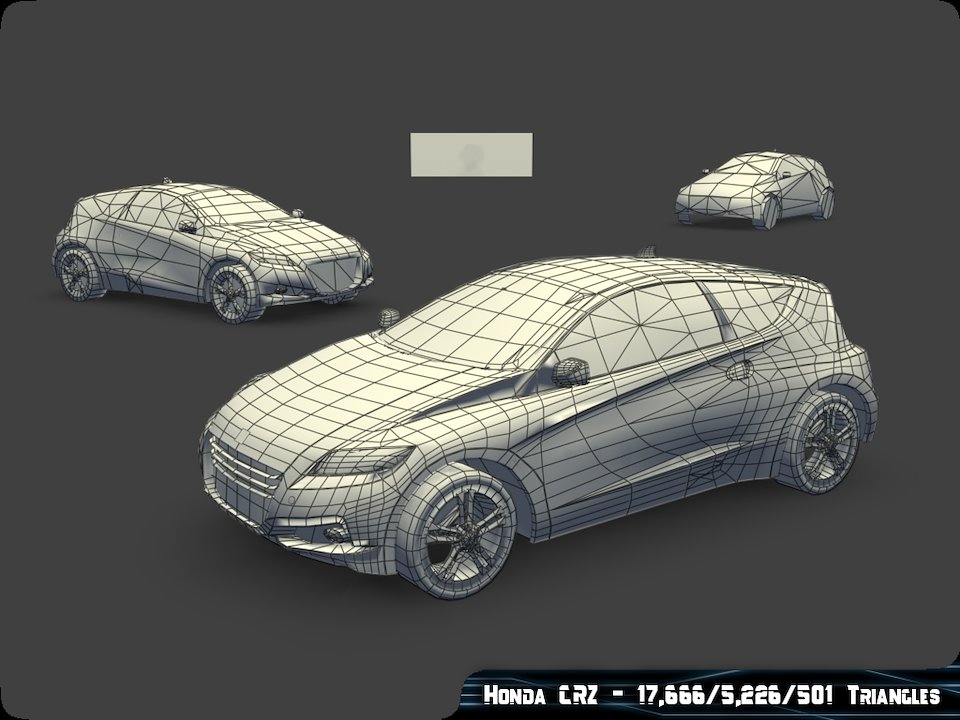